THE FASTEST ACCELERATING CARS FROM 0-62MPH 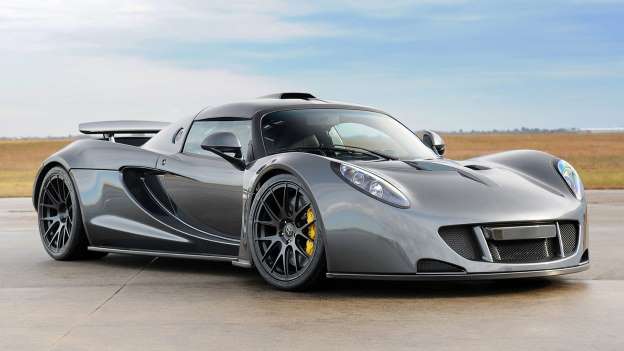 Hennessey Performance’s outrageous 1,244hp Venom GT set a new world record for the 0-186mph sprint last year – completing the run in 13.63 seconds. Blisteringly fast, undoubtedly, but back in the real world, what are the fastest accelerating cars from 0-62mph? 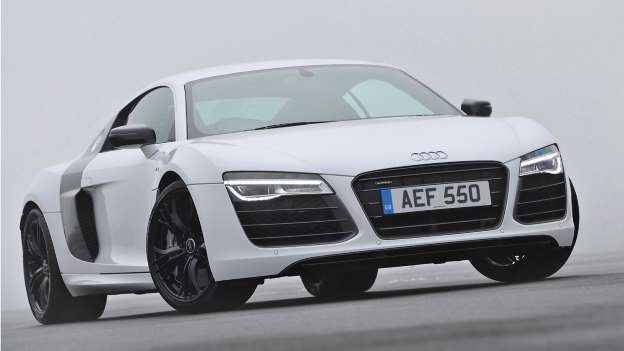 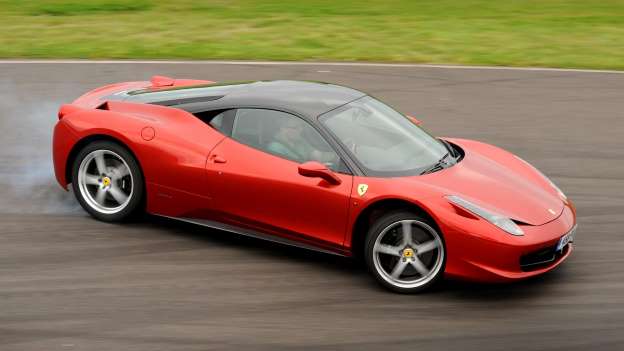 From one mid-engined supercar to another – Ferrari’s stunning 458 Italia is arguably one of the finest thoroughbreds ever to leave the gates of Maranello and marks a return to form for Ferrari design. It’s quick to 62mph, too. 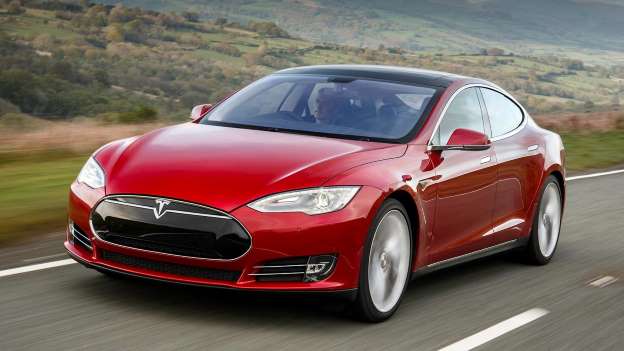 That a fully electric car makes this list of fastest 0-62mph machines is deeply impressive. The P85D is four-wheel drive, meaning extra traction from stationary over the normal car. It also means 691hp and that crazy 0-62mph time. In silence. 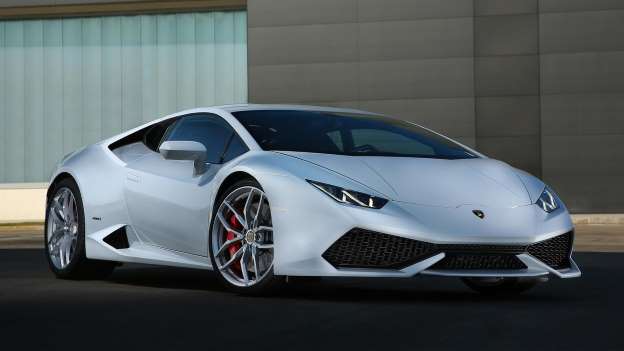 Anything Ferrari can do Lamborghini can do better. Based just down the road from Ferrari, the Sant’Agata firm’s new Huracan LP610-4 (610 dictates the horsepower output, while the 4 indicates the number of driven wheels) pips the 458 by 0.2 seconds. 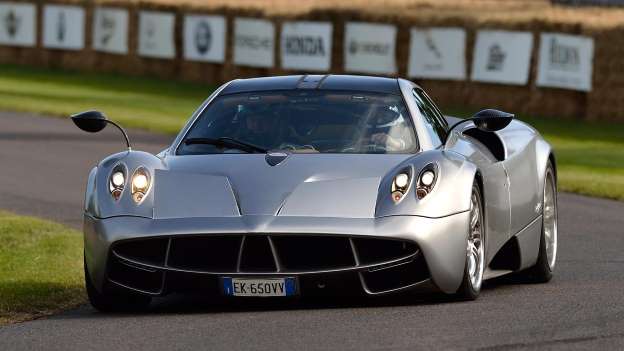 Certainly one of the most exotic cars in this line-up, the Pagani Huayra boasts a carbonfibre chassis and bodywork, a 720hp 6.0-litre twin-turbo V12 engine and lavish detailing, such as an instrument binnacle machined out of one piece of solid alloy. The 0-62mph time isn’t bad, either. 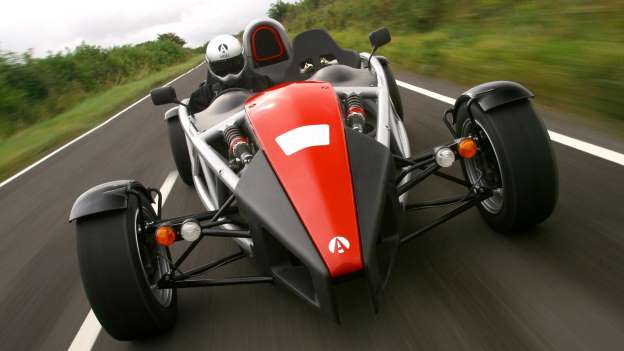 Going about its business in a completely different way to the rarefied Pagani – think light weight, a Japanese hatchback engine and no doors or windows – the Ariel Atom 3.5 returns the same 0-62mph time as the Huayra. 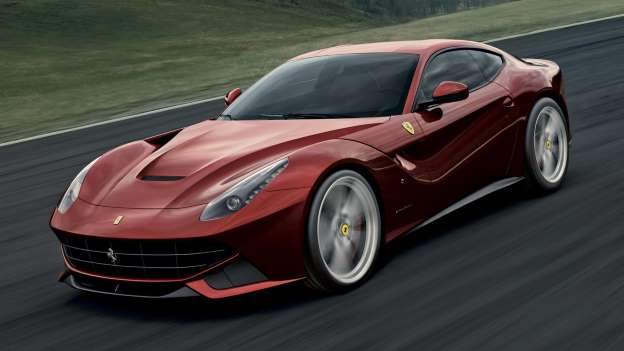 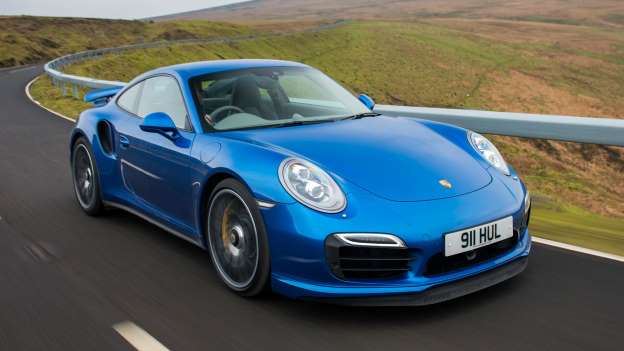 Porsche’s 911 Turbo S is a 0-62mph monster, completing the benchmark sprint in 3.1 seconds with help from its lightning PDK dual-clutch gearbox. Four-wheel drive traction helps deploy every last one of those 560hp. 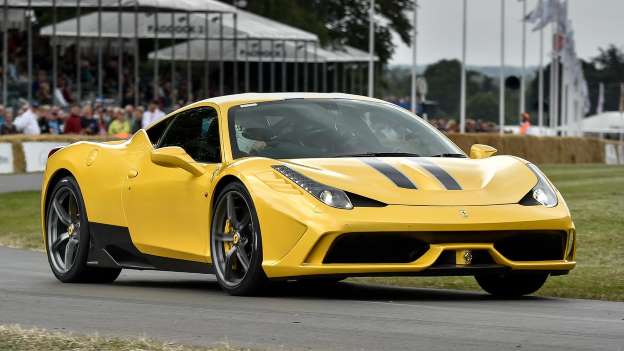 An extra 35hp for Ferrari’s hardcore Speciale model sees the 0-62mph time drop by 0.4 seconds. That’s helped by a fairly heavy diet inside and out, with lots of carbonfibre stripping even more mass out of the standard 458. Sounds great, too. 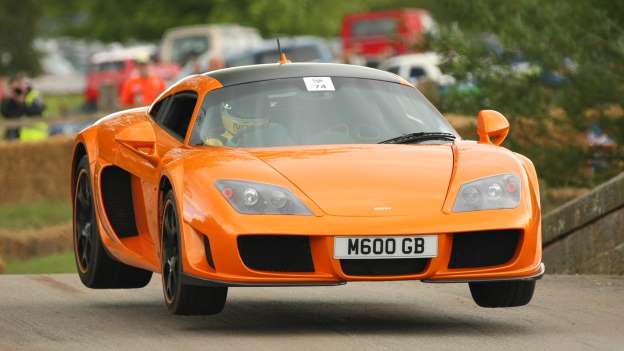 The Noble M600 uses the engine out of the old Volvo XC90 4×4 – not the most auspicious motor for a 0-62mph monster. But the 4.4-litre V8 gets two turbos, boosting its output to a maximum of 649hp. This does dramatic things for acceleration, yielding a head-bending 0-62mph time. 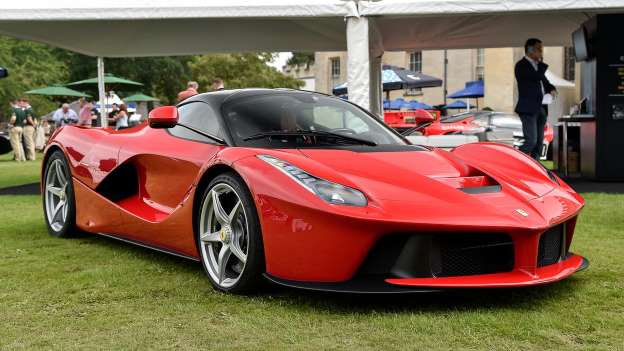 The LaFerrari’s true place in this list is probably not here. But as the Prancing Horse hasn’t officially revealed a 0-62mph time for its LaFerrari hypercar – simply quoting it at “sub-3.0 seconds” – this is where it’ll have to sit. An 800hp V12 and 163hp electric motor giving a total of 963hp means it should be at least half a second quicker than 3.0. 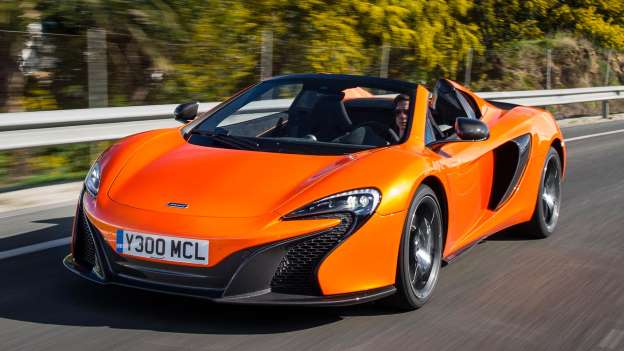 Another vehicle from good old Great Britain showing the world’s greatest supercars how it’s done is the McLaren 650S. Replacing the old 12C model and getting a power upgrade to 650hp in the process means 0-62mph in 3.0 seconds – important for bragging rights over its closest competitor, the Ferrari 458. 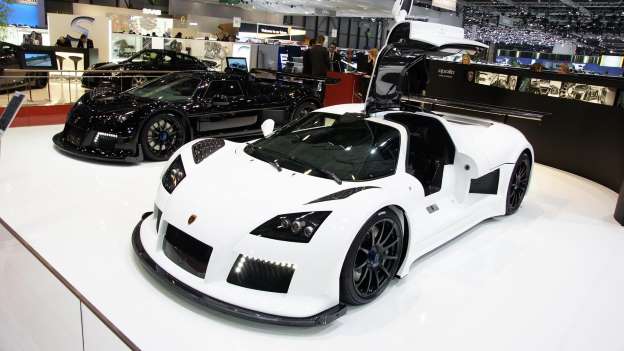 Ungainly looking and ungainly named, the Gumpert Apollo Race squeezes 800hp from its 4.2-litre twin-turbo Audi V8 engine. Look past the awkward title and looks and you’ll find a race car for the road that’ll hurl you down it with incredible ferocity. 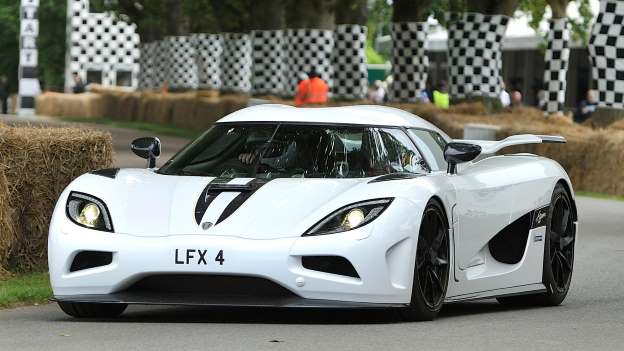 Koenigsegg are known for making outrageous looking and outrageously quick cars. The Swedish firm’s Agera R musters a massive 1,160hp from its 5.0-litre twin-turbo V8, depending on the fuel used – it can dip under the 3.0-second barrier for the 0-62mph sprint. 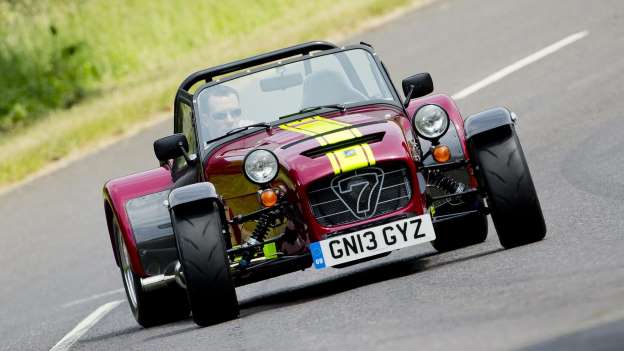 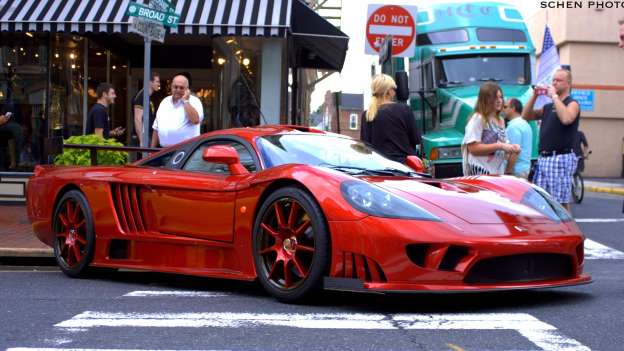 Founded by renowned Ford Mustang tuner Steve Saleen, the serial modifier decided to start his own car company and build a road-going vehicle – and so the Saleen S7 was born. The 760hp 7.0-litre twin-turbo V8 version is eye-wateringly quick. 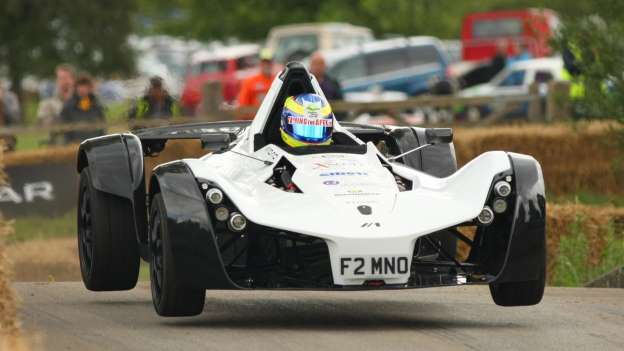 With room for just one (hence the name), the BAC Mono really is a single-seater racing car with number plates. The engine, gearbox and rear suspension are straight from a Formula 3 car, which explains why the 0-62mph time is so rapid. 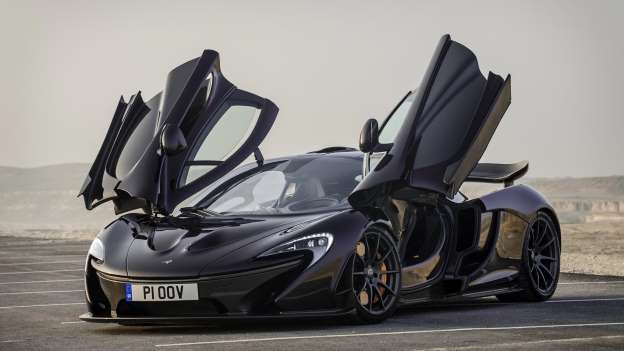 Surprised to see the McLaren P1 in the company of more conventional supercars? Don’t be, because although it’ll sprint from 0-62mph in a fairly average (in this company, at least) 2.8 seconds, with 916hp and rear-wheel drive only, once it stops spinning its wheels it’ll rocket to 124mph in just 6.8. That’s 2.6 seconds faster than the legendary McLaren F1. Wow. 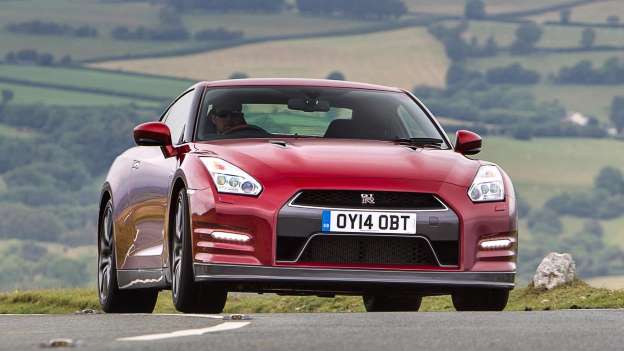 The Nissan GT-R received a few minor tweaks for 2014, and in conjunction with the same 550hp twin-turbo V6 and awesome four-wheel drive system, the 0-62mph time stands at 2.7 seconds – a performance per pound bargain at £78k. 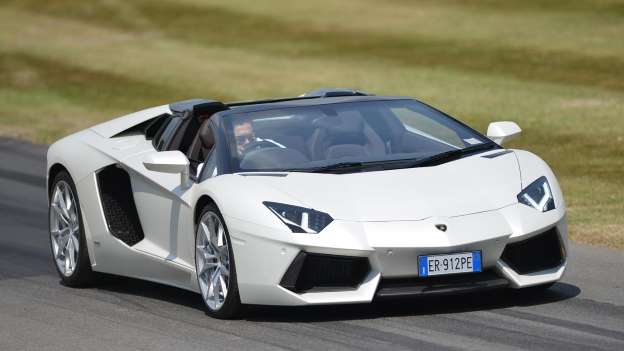 Outlandish carbonfibre body, check. 700hp V12 engine, check. Four-wheel drive, check. It can only be the Lamborghini Aventador, completing the 0-62mph benchmark in a scant 2.7 seconds – without a dual clutch gearbox, too. 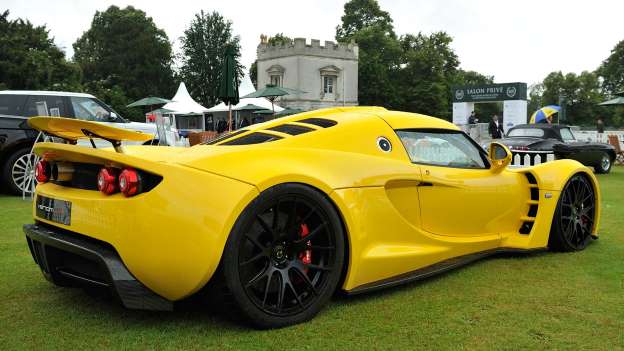 Despite setting the world acceleration record from zero to 186mph, the mad Lotus Exige-based Hennessey Performance Venom GT only stops the clock in 2.7 seconds for the 0-62mph run. Maybe some stickier tyres to cope with those 1,244 rampant American ponies might help lower that? 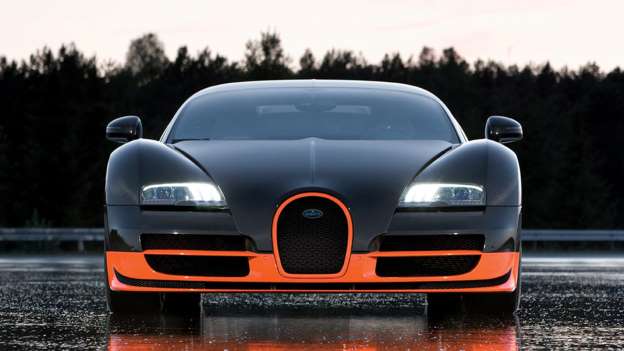 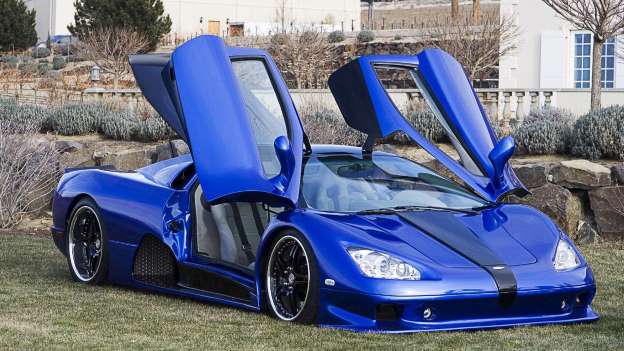 It was the Bugatti which knocked this car – the Ultimate Aero SSC – off the top spot as the fastest production vehicle in the world, but it couldn’t better the 1,305hp 6.3-litre twin-turbo V8-engined car’s 0-62mph acceleration time. 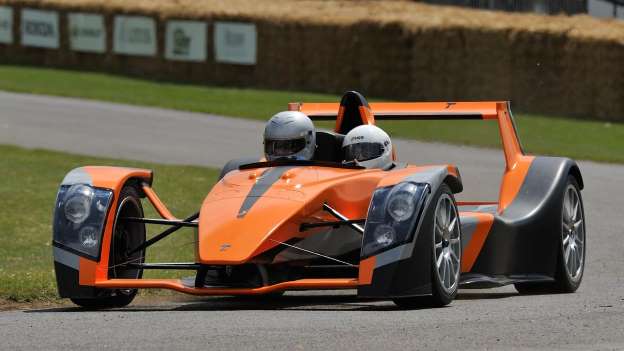 Caparo’s T1 is a wonderfully eccentric car – and it’s fully road legal. A 3.5-litre race-spec V8 means 0-62mph takes “under 2.5 seconds”, according to the manufacturer. While it’s highly rapid and super agile, it might not be all that practical if you need to pop out for a pint of milk. 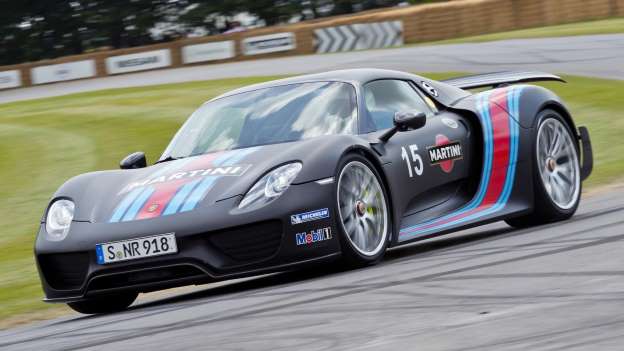 It might not be the quickest flat-out, but the Porsche 918 Spyder is the fastest accelerating entry from the new group of hybrid hypercars – for the 0-62mph sprint anyway. That’s because with an electric motor on the front axle, e-four-wheel drive gives its great traction off the line. Exactly what you want with 887hp. 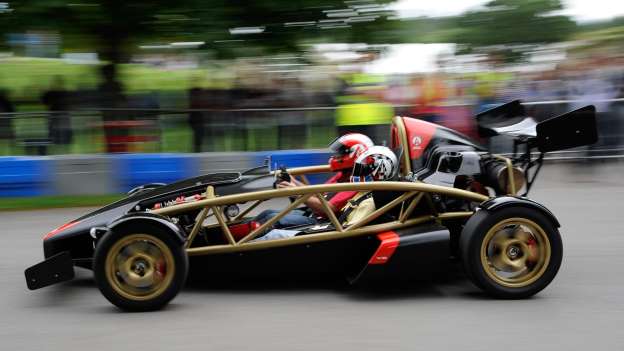 The Ariel Atom is rapid in standard form, as we know. So to endow the featherweight vehicle with a 500hp V8 made from two Suzuki Hayabusa motorcycle engines spliced together is plain nuts. Ariel claims a 0-62mph time of 2.3 seconds. We believe it.