The 25 Best Snacks for Weight Loss 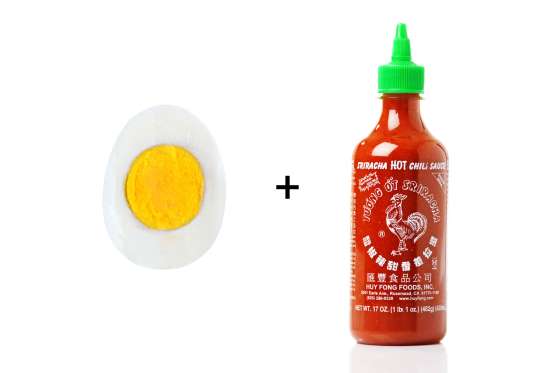 To improve thyroid function—the gland manages growth and metabolism—look no further than a low-calorie, low-fat hard-boiled egg, suggests registered dietitian Amy Shapiro. If you like spice, drizzle your snack with sriracha sauce. “It contains capsaicin, a compound found in chile peppers that helps burn calories and fat,” says Karen Ansel M.S., coauthor of The Calendar Diet. 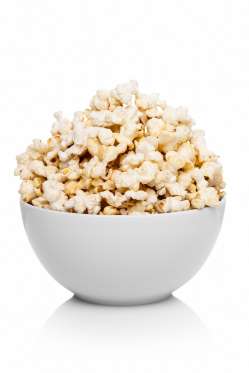 Whether you make it with an air popper or in the microwave, popcorn is full of fibre and has few calories. Registered dietitian Laura Cipullo suggests sprinkling it with nutritional yeast. The nutty, almost cheese-like flavored flakes are a great source of vitamin B12, a nutrient that helps boost metabolism and burns stored fat and calories. 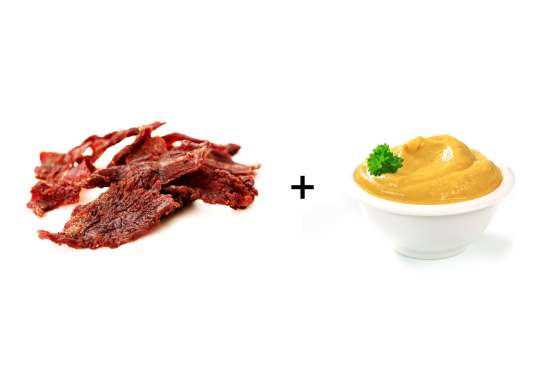 An ounce of turkey jerky has 10 grams of protein but only about 60 calories, which makes the fat-free snack a good thing to stash in your desk or to eat on the go, says Ansel. Since protein is digested more slowly than fat or carbs, it keeps you feeling full longer. Mustard’s a low-cal, high-flavor topper. 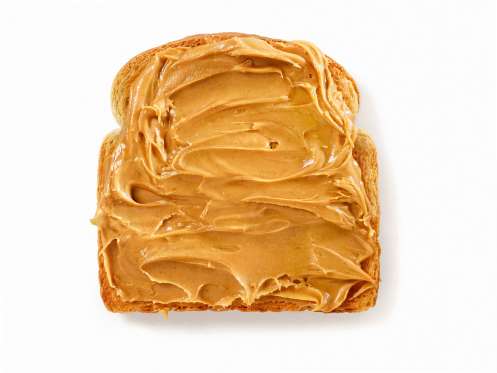 Peanut butter is high in healthy fat and contains loads of filling protein, which your body can put toward building muscle tissue. Cipullo recommends toasting Ezekiel bread, which is made from sprouted grains and legumes that, when combined, create a complete protein. 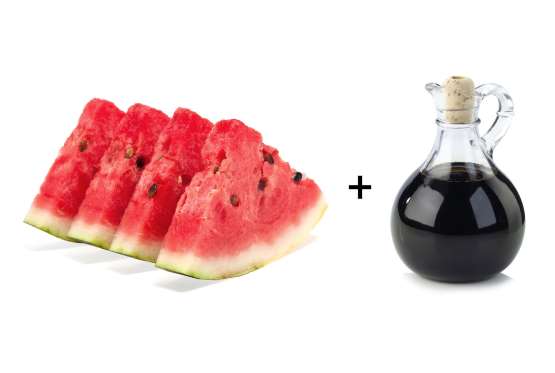 “Foods with a high water content keep us feeling full so we eat less, and few natural foods have more water than melon,” says Ansel. One cup is around 90 percent water and has only about 45 calories. The addition of balsamic vinegar helps activate pepsin, a digestive enzyme that breaks down proteins into amino acids. 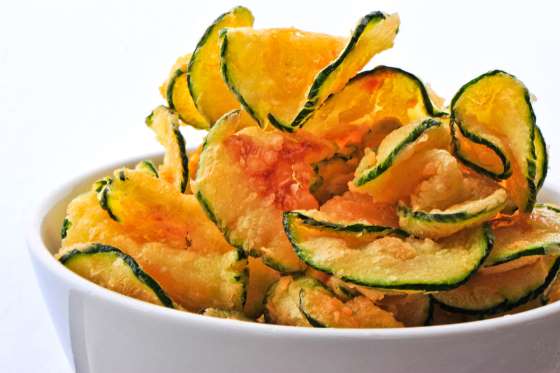 Registered dietitian Lauren Minchen recommends using paprika not only to flavor this healthy snack, but also to boost your metabolism, reduce your appetite, and lower your blood pressure. Cut a zucchini into thin slices and toss in 1 Tbsp olive oil, sea salt, and pepper. Sprinkle with paprika and bake at 450°F for 25 to 30 minutes. 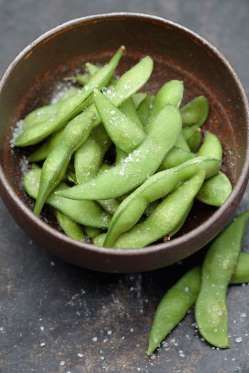 “Fibre is the magic ingredient when you’re trying to lose weight – it slows digestion and helps you feel full,” says Ansel. And edamame is chock-full of it. Sprinkle a little sea salt on one cup of the soybeans for a sinless snack with 8 grams of fibre and less than 200 calories. 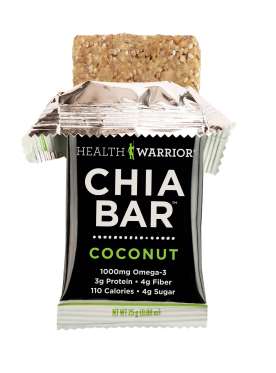 Not only are chia seeds rich in omega-3 fatty acids and iron, but they also help weight loss by absorbing sugar and stabilizing blood sugar levels. Shapiro recommends 100-calorie Health Warrior Chia Bars, which contain 4 grams each of protein and fibre, but only 5 grams of sugar. 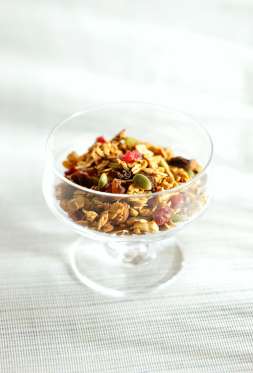 Though nuts are caloric and easy to overeat, they’re also energy-dense and high in protein and fiber, so munching on them can cause you to eat less later. For a crunchy, low-sugar, low-carb snack, Minchen likes to mix together 1/8 cup almonds, 1/8 cup walnuts, 1/8 cup pumpkin seeds, and 1/8 cup dried cranberries. You can eat it dry or over milk—Minchen recommends plain almond or hemp milk. 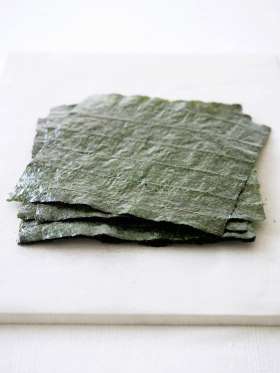 Shapiro swears by this sushi staple, which will improve your thyroid function with its ample supply of iodine—a 1/4-ounce serving has 4,500 micrograms, which is actually way more than your body needs in an entire day. Seaweed also contains alginate, a fiber found in sea kelp that can significantly help reduce your body’s fat uptake. 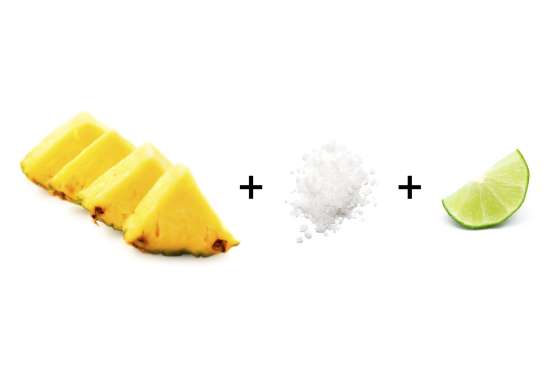 Like watermelon, pineapple is low in calories and has a high water content, so you can eat quite a lot of it. Shapiro likes to squeeze lime juice and sprinkle sea salt on top for a combo that promotes healthy digestion. 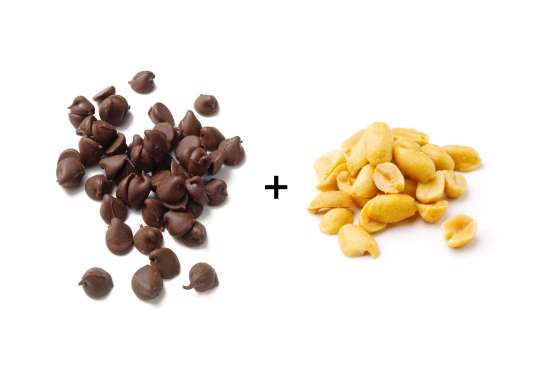 Peanuts will keep you feeling full, while the small amount of chocolate will satisfy your sweet tooth and prevent you from indulging again. But since peanuts are high in fat and calorie-dense, moderation is key. “Consider this smart snacking—studies suggest that consuming nuts may result in you eating fewer calories over the rest of the day,” says Ansel.

Baked egg in an avocado “cup” 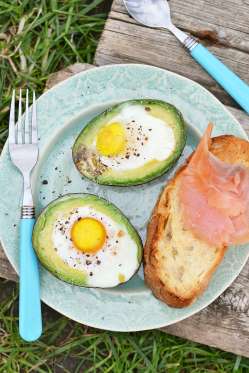 With no sodium or added ingredients, nosh on this high-protein snack to stay satisfied for less than 200 calories. “The combination of choline in the egg yolk and fiber from the avocado, both of which aid in weight loss, is ideal,” says Shapiro. 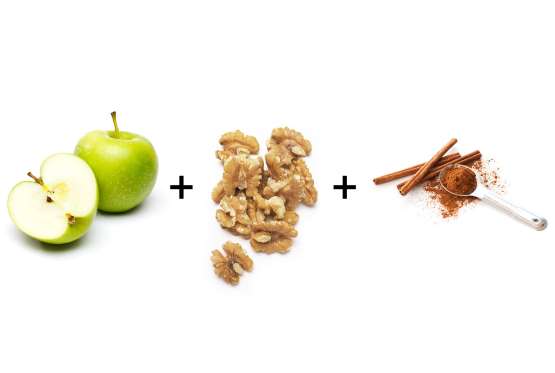 “In addition to adding great flavor, cinnamon balances blood sugar levels, which helps with weight loss,” says Shapiro. Just be sure to use only one serving of walnuts (about 13 halves) when making this fiber-filled snack. 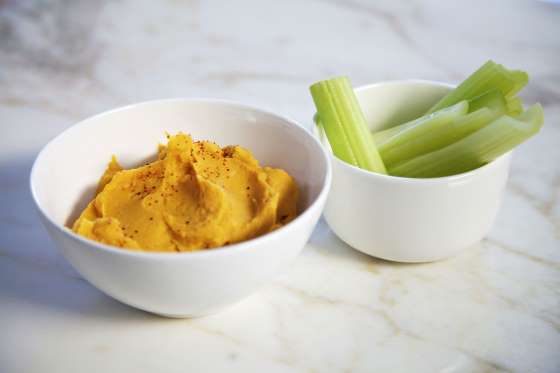 “This combination of healthy fat and ample fiber will keep hunger at bay,” says Shapiro. “Just don’t overload on the spread.” Celery is a notoriously great diet food since your body uses more calories to digest the veggie than it actually contains. 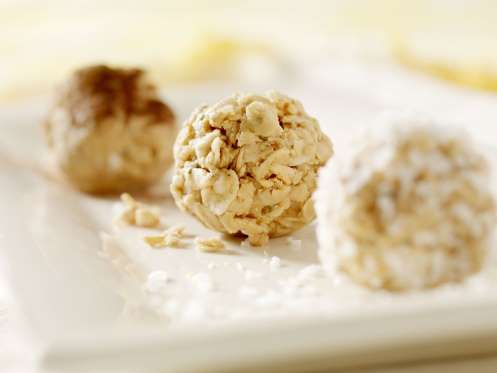 Oatmeal is a low-fat, high-protein superfood that your body digests slowly—meaning you’ll stay satisfied longer—because of all of its bulky soluble fiber. Minchen swears by this easy recipe: Combine 1 cup dry quick oats, 2/3 cup coconut flakes, 1/2 cup almond butter, 1/2 cup whole chia seeds, 1/2 cup dark chocolate chips, 1/3 cup raw honey, and 1 tsp vanilla. Let the mixture cool in the refrigerator for 1 hour in an airtight container, then roll into 1-inch balls, which you can eat throughout the week. 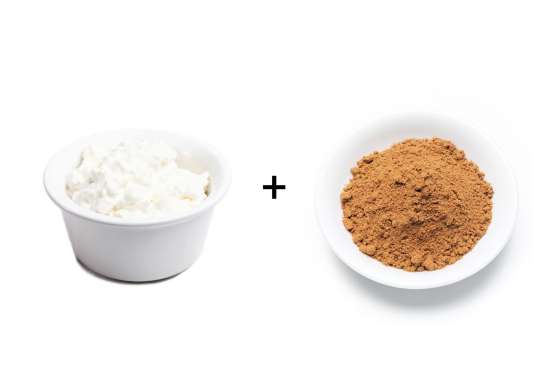 Shapiro likes this low-calorie and protein-rich snack, as the calcium can help metabolize fat, leading to its eventual loss. Have a half-cup with cinnamon, which will add a sweet kick of flavor and speed up the processing of glucose, preventing your body from storing unnecessary fat. 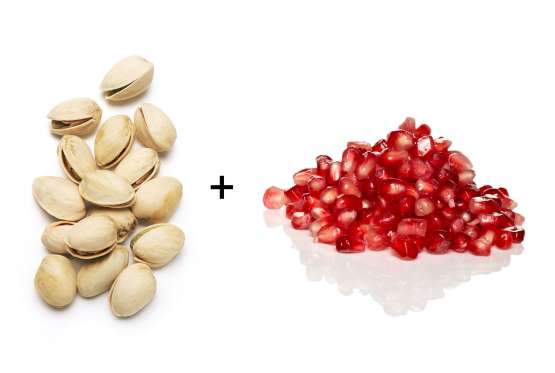 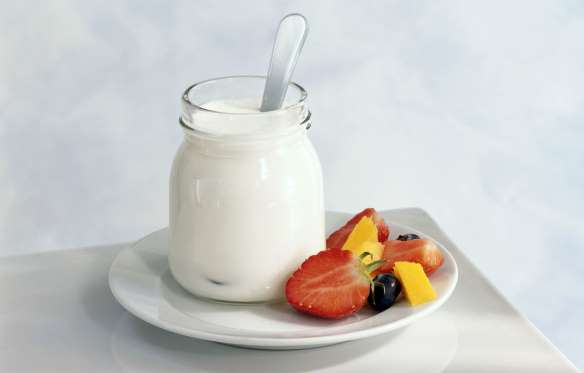 In addition to being an excellent source of protein, Greek yogurt’s combination of calcium and amino acid can help retain lean muscle mass and burn fat. For an antioxidant-rich afternoon treat, Minchen suggests dipping berries into plain nonfat Greek yogurt and freezing them for 2 to 3 hours before eating. 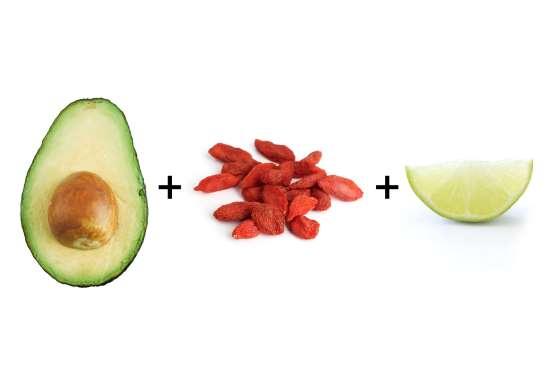 Black beans and salsa on a corn tortilla 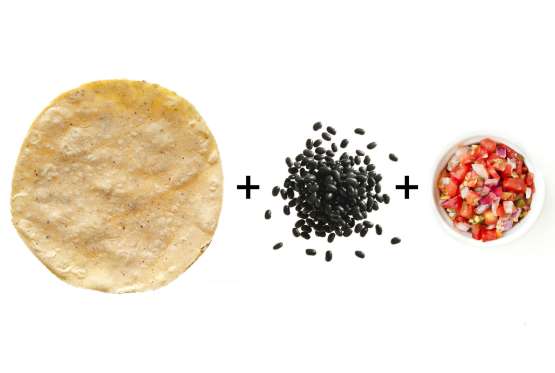 “This snack provides a double-dose of slowly-digested fibre – a top ally when trying to lose weight,” says Ansel. A half-cup of black beans contains 8 grams of fibre, plus 2 more from a 100-percent whole-grain 6-inch corn tortilla. Spicy salsa has few calories and helps you eat more slowly, increasing the likelihood that you’ll walk away when you’re full.

Canned salmon with capers and lemon on a Wasa Cracker 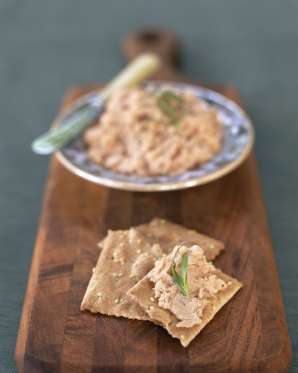 “Salmon is rich in omega-3 fatty acids, which increase the levels of certain hormones that help burn fat, particularly stubborn belly fat,” says Ansel. Add capers for a low-cal flavour boost and lemon juice to promote digestion; the whole grains and fibre in a Wasa cracker will ensure you’re not left wanting something more. 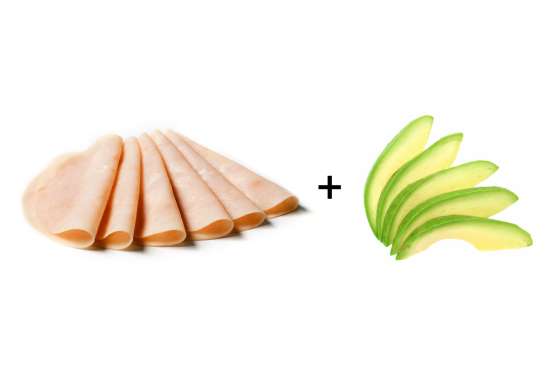 For a no-carb, protein-rich snack that slows digestion and prevents cravings later on, Minchen likes to roll up a sliver of avocado in a slice of organic lean turkey breast. If you like, add mustard for its metabolism-boosting power. 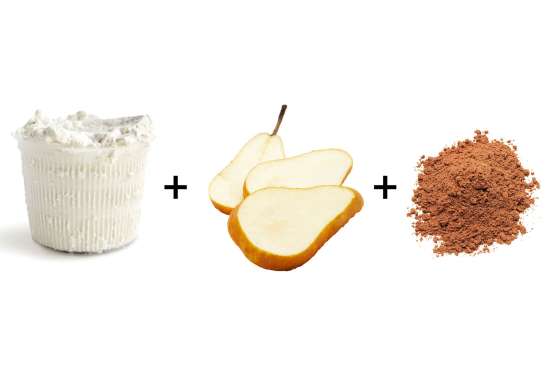 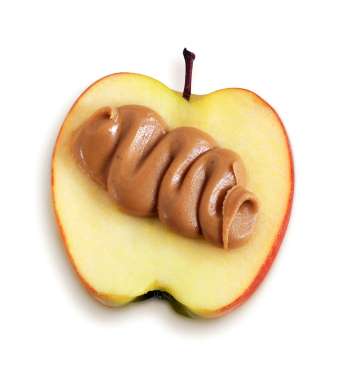 “Core an apple and slice it from top to bottom to create rings, then spread 1 Tbsp almond butter to create a bread-free ‘sandwich,'” says Minchen. Apples are full of fibre and contain enzymes that help your body digest food more efficiently. Almond butter provides the protein that makes this snack filling, with an additional bonus of vitamin E and magnesium.